The National Applied Research Laboratories (NARL) and Hungary’s ZalaZone on Nov. 5 signed a memorandum of understanding (MOU) via videoconference, after NARL members visited their Hungarian counterparts in 2019. 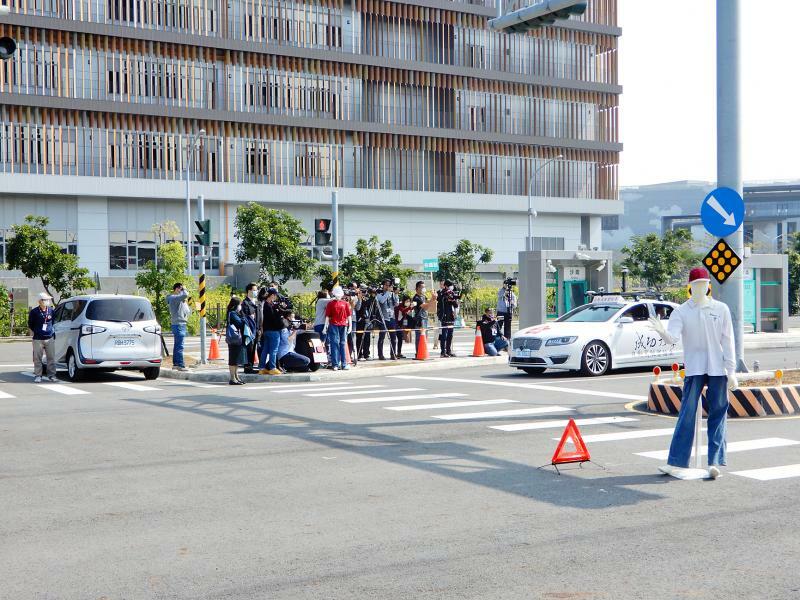 While the site covers only 1.75 hectares, much smaller than ZalaZone’s 265 hectare proving grounds — the largest in Europe — Hungary sees potential benefits in cooperating with Taiwan.

“It is not the size that matters,” ZalaZone research and innovation head Zsolt Szalay told the Taipei Times in a video interview last month. “We can very well complement each other.”

To begin with, the two sides would exchange simulation technologies and learn from the different traffic circumstances in each country, said Szalay, an associate professor at Budapest University of Technology and Economics.

For example, there are millions of scooters in Taiwan, a different setting from Europe, he said.

To establish a sound research financing scheme, the two sides plan to improve cooperation between the Ministry of Science and Technology and Hungary’s Ministry for Innovation and Technology, and likely the Hungarian Academy of Sciences, Szalay added.

They also hope to involve the Taiwan Semiconductor Research Institute (TSRI), another unit of the NARL, as well as industrial partners developing chip and sensory technologies, he said.

“Taiwan has a traditionally very strong chip industry,” Szalay said. “Chips are appearing in more and more solutions or components for the self-driving vehicles by means of sensory systems, processing units, computers and so on, so this could also be an added value from the Taiwanese side.”

Signing the MOU is a milestone and the signatories hope to identify one or two concrete projects next year, he said.

ZalaZone has also established contact with collaborators in China, South Korea and Singapore, he added.

The MOU was inked at a time when Taiwan is improving its political and economic relations with central and eastern European countries.

Asked if the warming relations contributed to the Taiwan-Hungary cooperation, Szalay said “absolutely.”

ZalaZone is also working with partners from Germany, as well as fellow Visegrad Group members Poland, the Czech Republic and Slovakia, he said.

The bloc represents a GDP and value proposition much bigger than that of Hungary, Szalay said.

Previously, Taiwanese firms that planned to sell their products to Europe had to send components there for tests and retrieve them before further recalibration in Taiwan, he said.

Through the cooperation with ZalaZone, Taiwan would have early access to new EU legislation, allowing local firms to save costs and time when developing new automotive components, he said.

In 2020, revenue generated by Taiwan’s automotive electronics firms totaled NT$250.7 billion (US$9.05 billion at the current exchange rate), a record high and surpassing the value generated by automotive components and autos.

An average vehicle has more than 100 electronic control units, but that number is bound to increase amid soaring demand for smart vehicles, the Automotive Research and Testing Center said in a report.

The lab documents the tests and produces reports for users, and offers discounts to users who want to share derivative data, he added.

In Taiwan, public transport vehicles remain the staple of self-driving vehicles under development, as the cost of developing autonomous passenger vehicles is not yet affordable for individual consumers, Chang said.

Before autonomous vehicles can enter real-world settings, the transport infrastructure, such as traffic signals, should be digitized, he said.

Self-driving vehicles could be envisioned as “smartphones on wheels,” so researchers develop autonomous vehicle chips and systems based on their research and development (R&D) experience in mobile and consumer electronics, TSRI Design Service Division deputy director Chen Chi-shi (陳麒旭) said.

The division a few years ago started providing simulation software for vehicle testing, and is working with a local university to develop key technologies related to autonomous vehicle chips, as part of the government’s policy to focus on artificial intelligence chips, he said.

The division’s researchers are mainly tasked with the “proof of concept” of an advanced technique, while serving as a bridge between academia and industry before a technique can be applied in industrial settings, Chen said.

On Dec. 24, President Tsai Ing-wen (蔡英文) at the inauguration of the science ministry’s Cyber Security and Smart Technology R&D building said that smart mobility, smart healthcare and smart living would be the three main pillars of research and development at the facility, and that Shalun would become a stronghold of technology development in southern Taiwan.